With thanks to all the photographers of the Displaces project

On previous ‘participatory photography’ projects, we’d give people good compact cameras, and some practical and conceptual training. Then they’d return to their families, communities or neighbourhoods, and take pictures.

The results could be revelatory; expressive as well as documentary, giving insights into lives and identities which might not be apparent to a professional photojournalist.

But working in the Calais ‘Jungle’ challenged this process.

I’ve been working in the camp with Dr Marie Godin, from the University of Oxford’s International Migration Institute, on the ‘Displaces’ photo project.  We wanted to take a critical look at the use of participatory photography there.

We met people living in temporary conditions, in a place which they do NOT own – culturally, legally, socially or visually. The camp represents everything they want to escape from. Handing cameras to refugees and demanding they document their lives there, risked producing images reinforcing their sense of abjection. 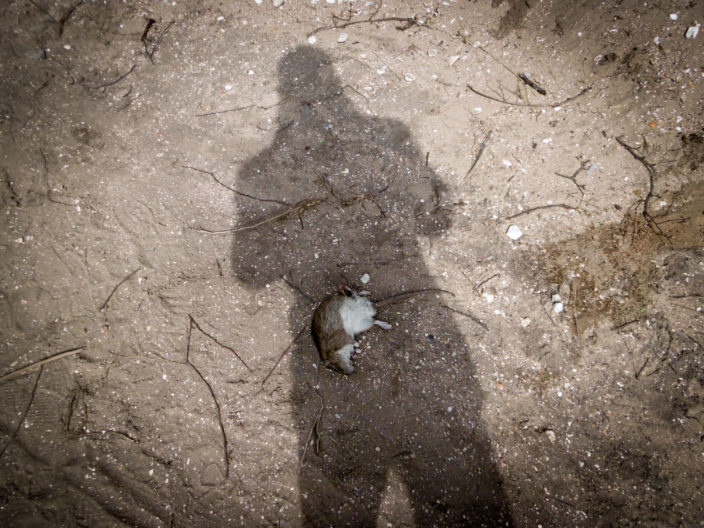 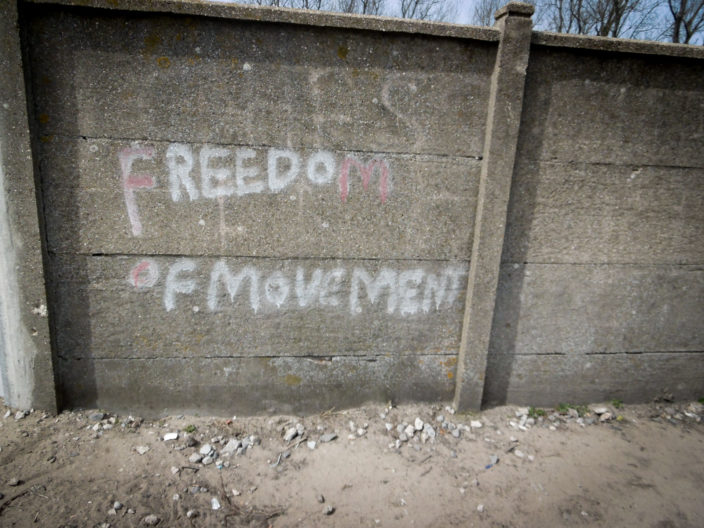 This is compounded by not being able to show most people’s faces.

Those who want to come to the UK need to stay invisible.
They must not make any trace of their existence in Calais and risk compromising their asylum claim, if and when they get here.

So they often choose to anonymise themselves. 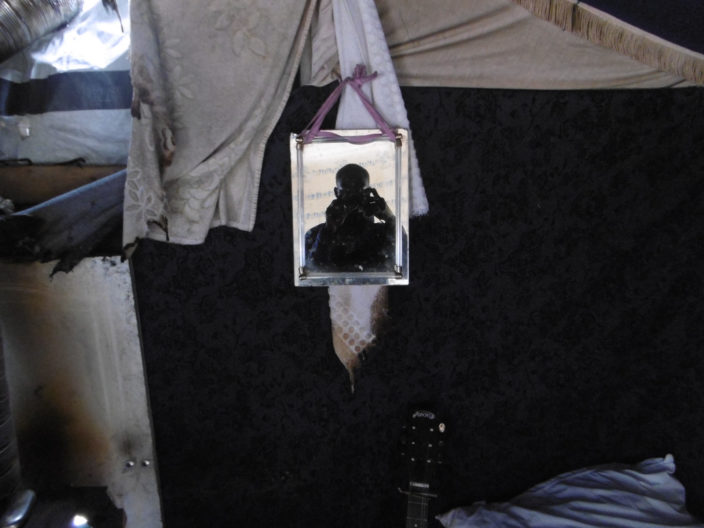 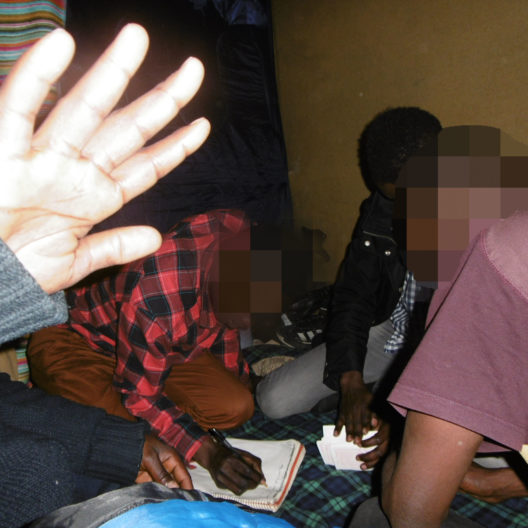 But anonymity is also part of their oppression, and is continually imposed. Those who want to keep them out of the UK de-humanise them as a ‘swarm’. Those who want to help get them into the UK also anonymise them, albeit with best intention.

Both are dispiriting and undermining. Rubbing out someone’s face does not feel good. Asking them to do it themselves is even worse. They have to turn themselves into non-people. Collude in their own oppression. A photo project makes it all very literal and obvious.

Pixellated pictures appear to criminalise refugees and the right to seek asylum.

Many participants were even more aware than us, of this problem of identity and representation. They responded in various ways, perhaps the most interesting being aspiration. 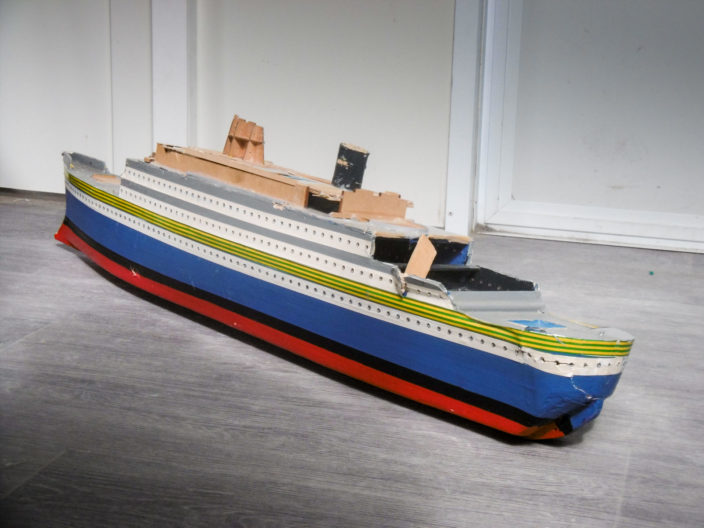 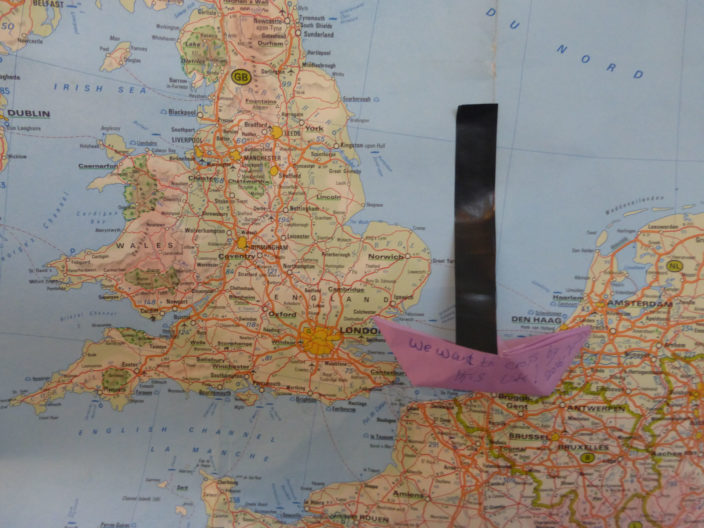 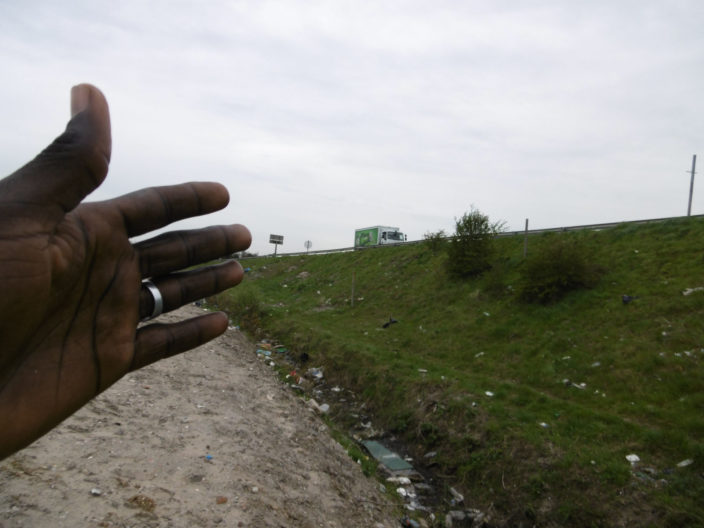 In particular, people took pictures of themselves not as refugees but as individual citizens. Participants portrayed themselves as human beings (teachers, engineers, mothers and fathers, cousins) with aspirations to have a better life. 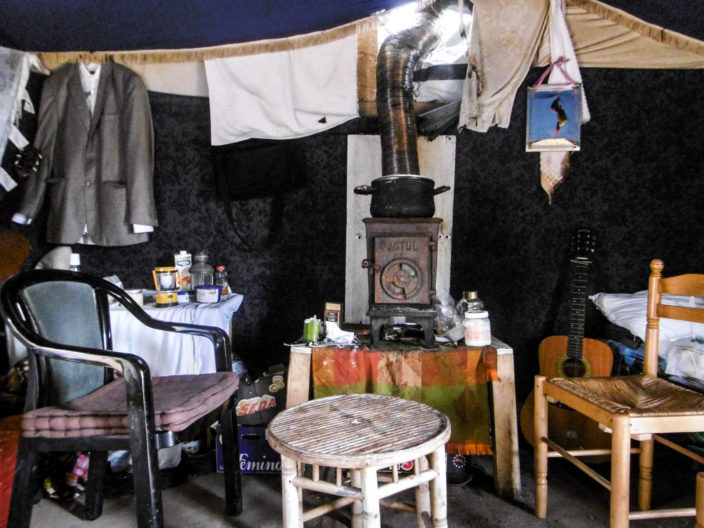 An engineer from Darfur keeps his suit hanging in his shelter.

Some photographed themselves standing outside bourgeois houses. One group posed in front of Rodin’s ‘The Burghers of Calais’ (a sculpture about self-sacrifice in the face of arbitrary power).

These photos were often taken not for the project, but for their families back home, with no attempt to hide themselves. I find these bland touristic photos more interesting and telling than the images taken in the camp.
But how can they be shared more widely?

I’ve anonymised this set of ‘aspirational’ images using a different cultural, visual code; by ‘ghosting’ whole bodies, not just pixillating faces. I hope the results question the way settled citizens ignore or look right through refugees – without criminalising or victimising them. 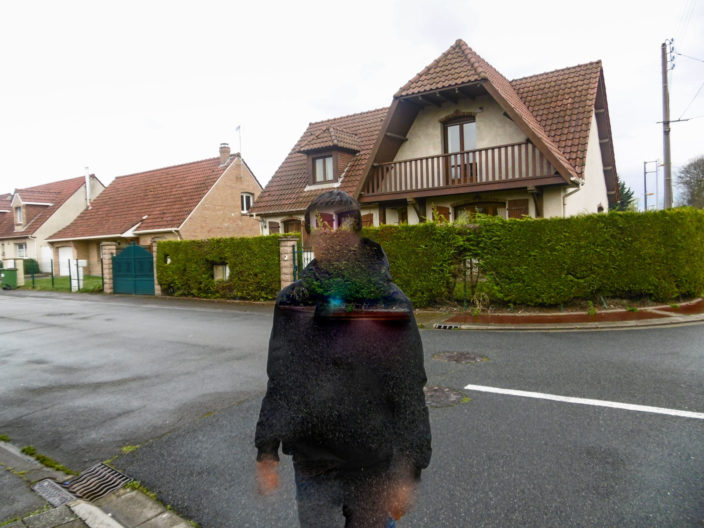 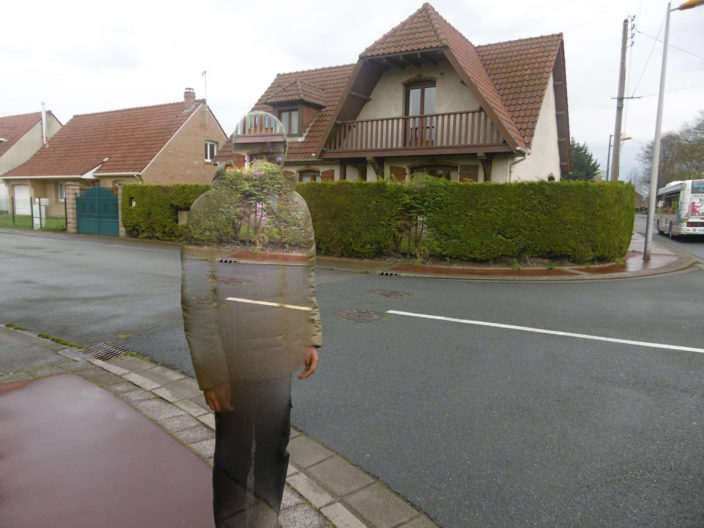 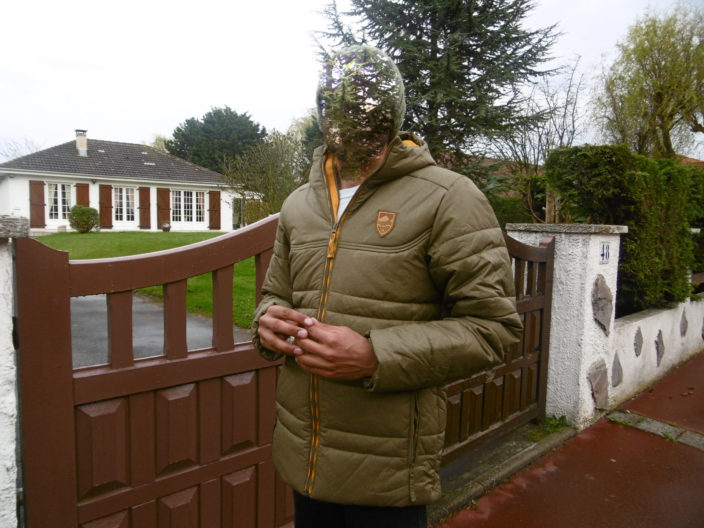