This is Arjun, he is a 12 year old boy working as a donkey driver in the MA Ambabpur brick kiln near Ahmedabad in Gujarat, India. This story will tell you about how he spends his day. 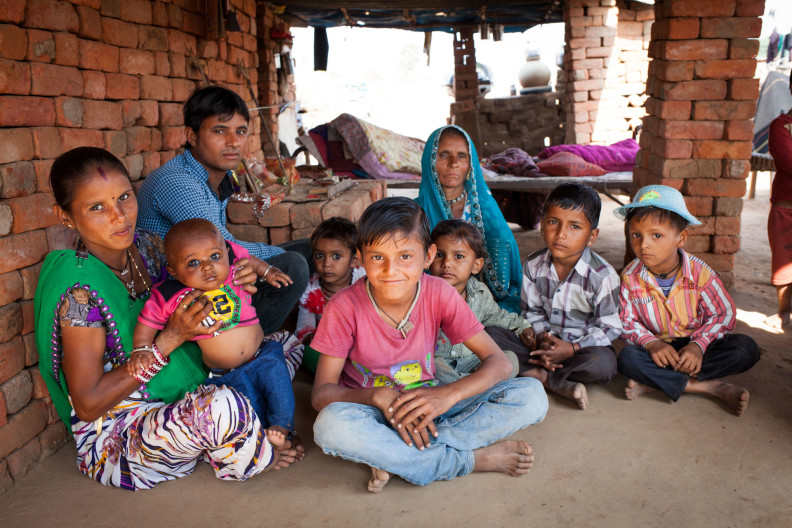 This is Arjun’s family. There are five donkey owning families living beside the kiln works. They all live in houses made from un-mortared walls of reject bricks with corrugated iron roofs.

Their job is to use their donkeys to move the raw unfired bricks from the stacks where they are dried, to the kiln. 100,000 bricks are fired at a time; this entails 4000 trips by the donkeys. 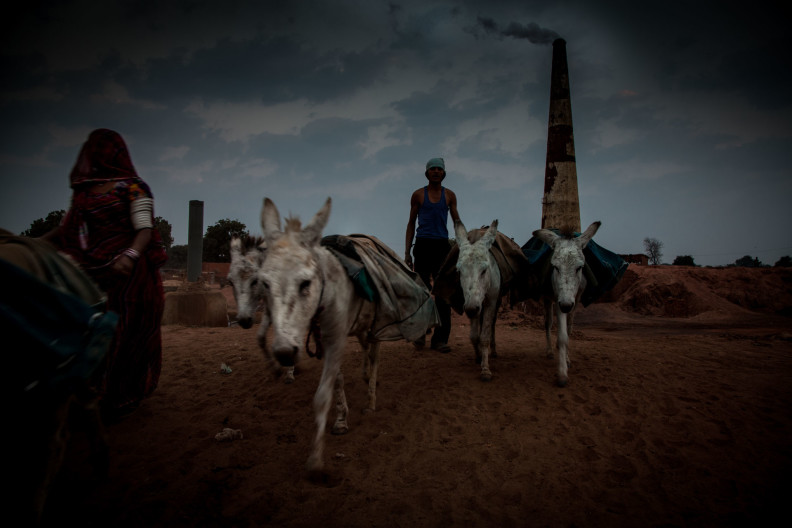 The family are up preparing their donkeys for work in the early hours. In the summer they start work at 2.00am, in the winter at about 4.00am. The donkeys work better in the cool of the night. 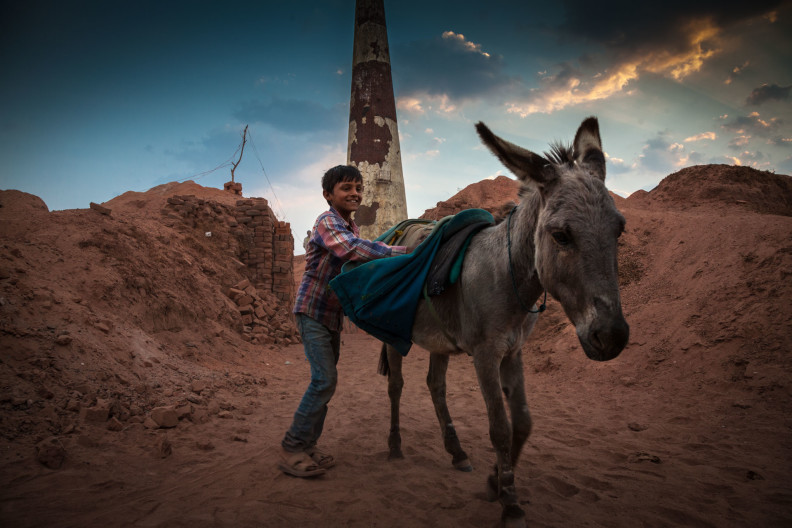 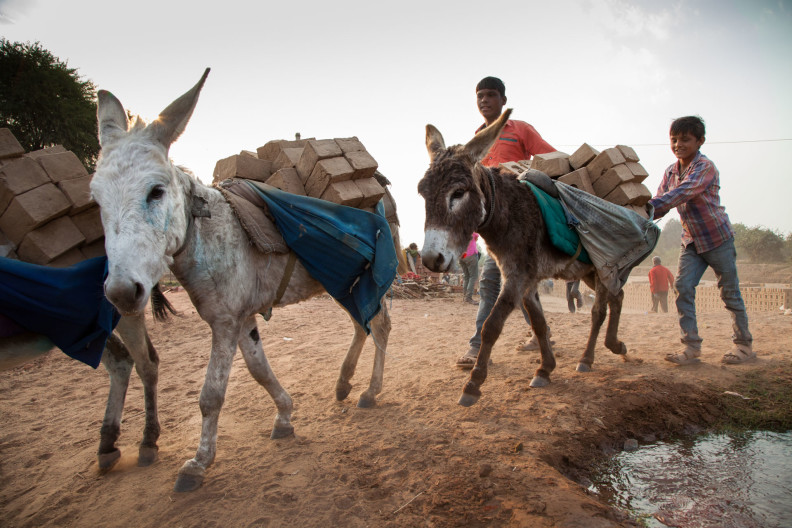 Young children work alongside adults or older children. Once they are around seven years old they’re allowed to work independently with the donkeys.

Work at the kiln finishes around 9.30am. The donkeys are taken back to the settlement to be fed and groomed.

The children have the rest of the morning to play amongst the brick stacks before getting ready for school. 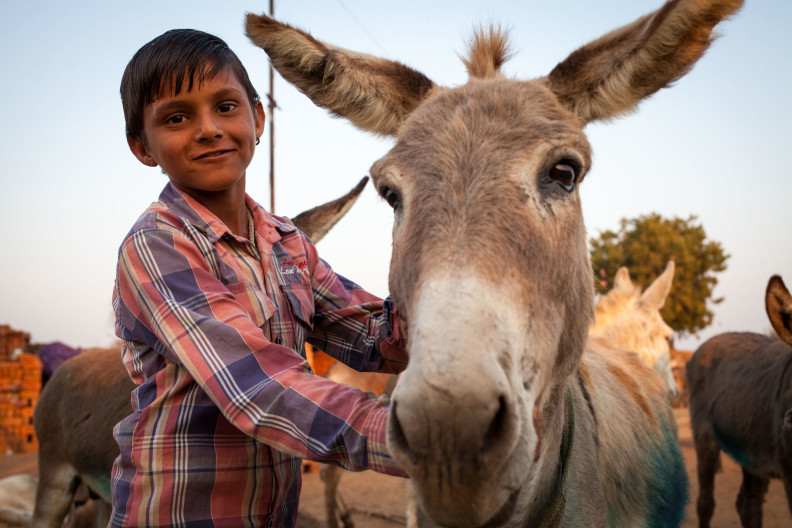 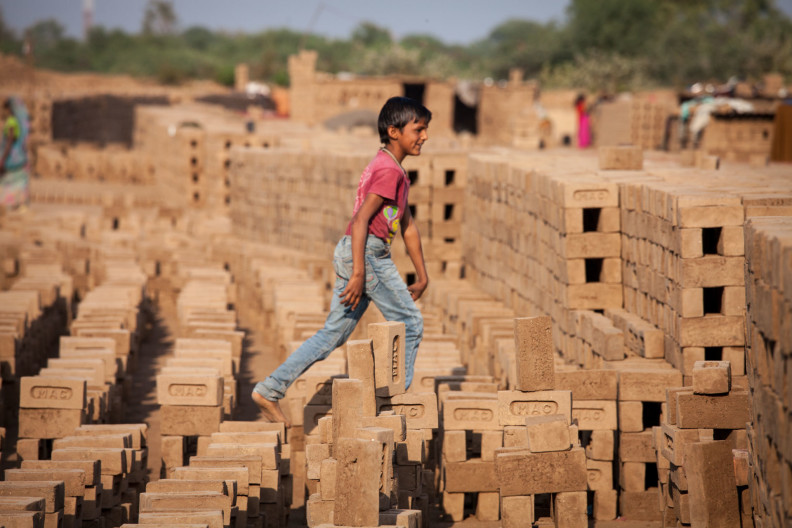 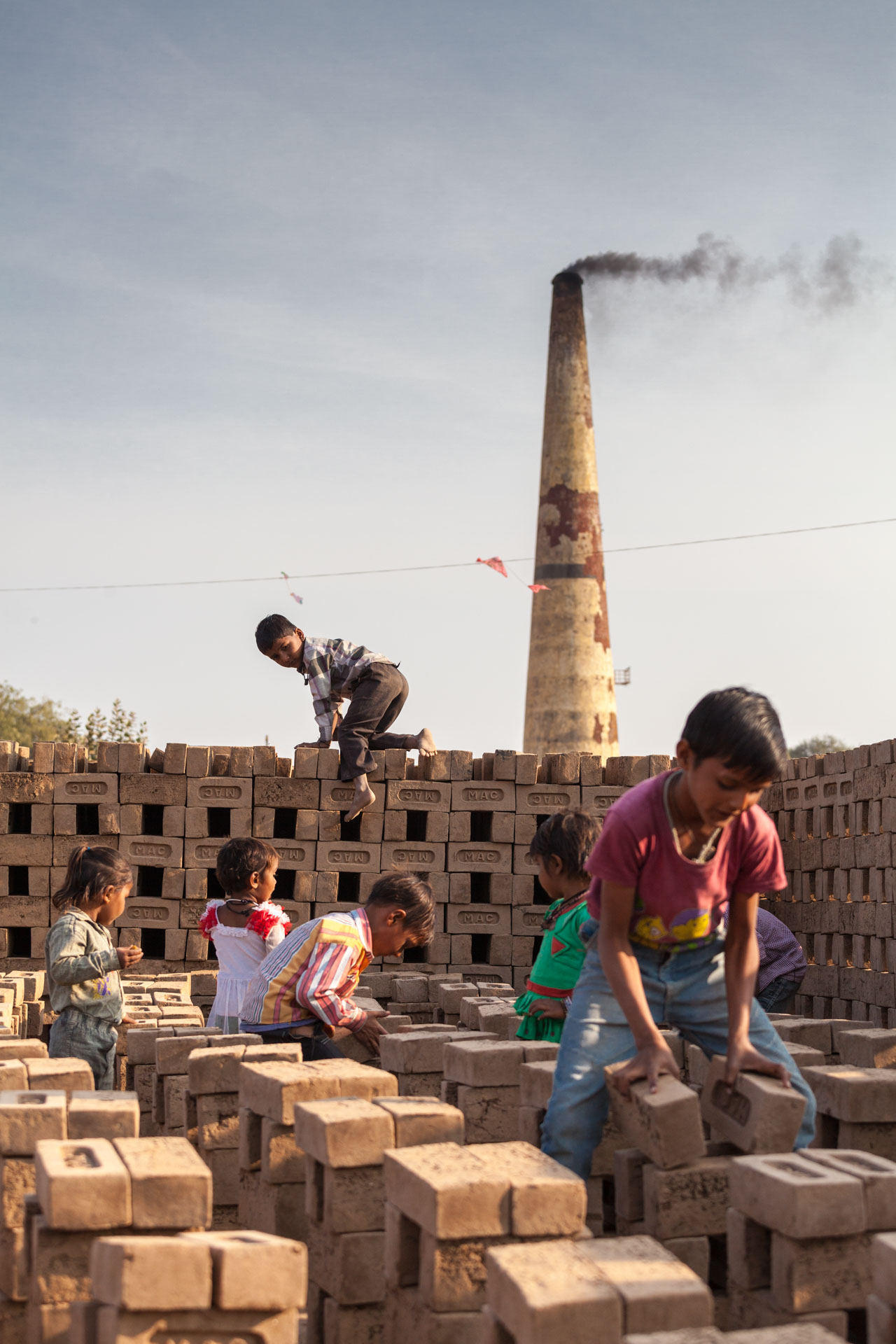 Formal education is unusual for brick kiln workers. Most are itinerant, working at a kiln for the six month brick making season and then returning to their home villages, which may be far away. This means they never complete a full year’s education and so can’t move up to the next year in school. 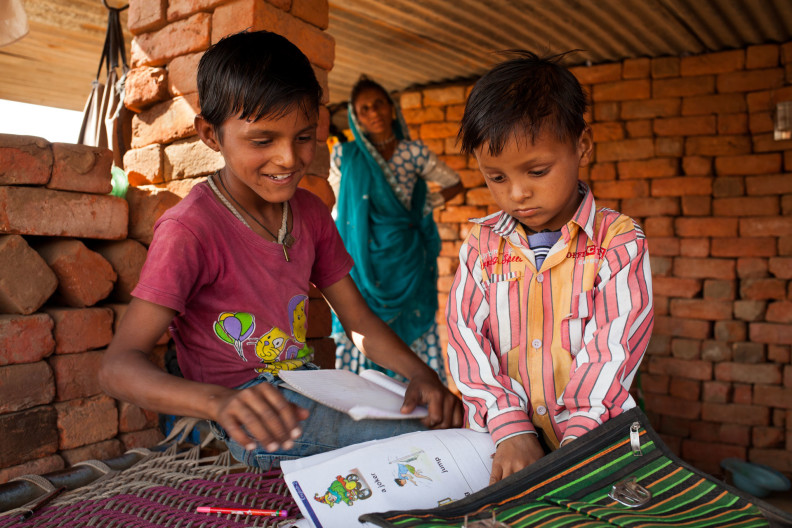 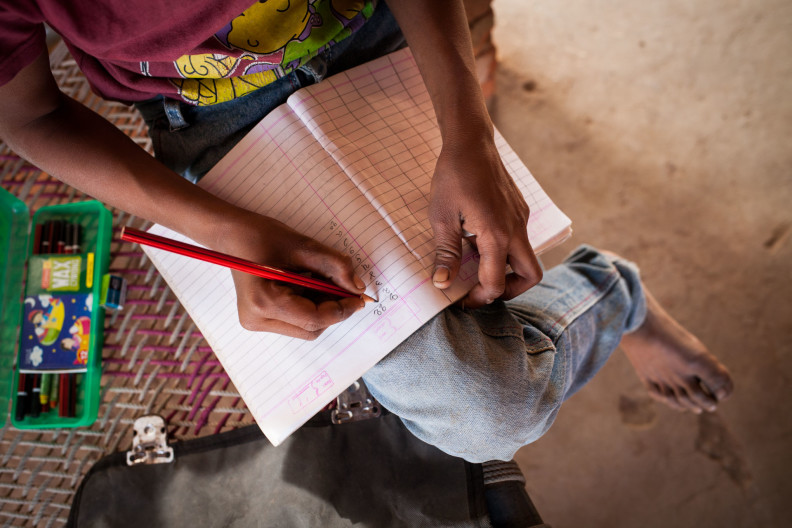 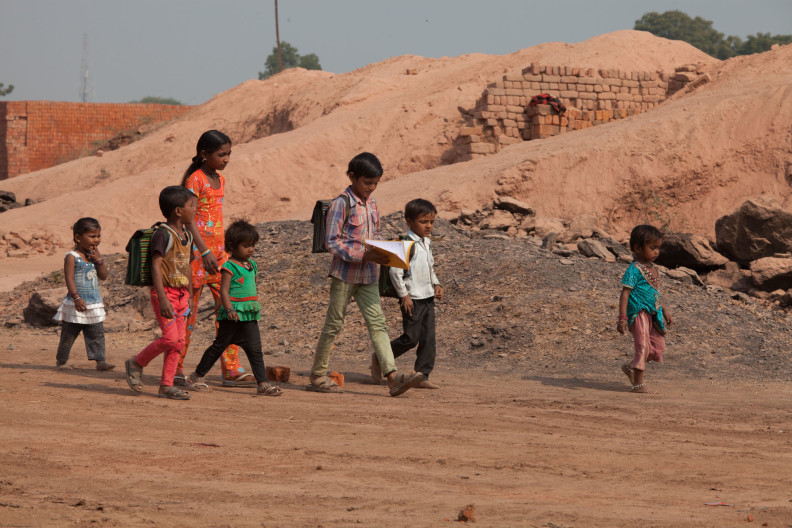 MA Ambabpur has a makeshift school close to the kiln which operates for a couple of hours each afternoon in term time.

Despite their initial enthusiasm, Arjun and his brother Vijay (7) soon get bored of learning English ABC and 1-2-3. 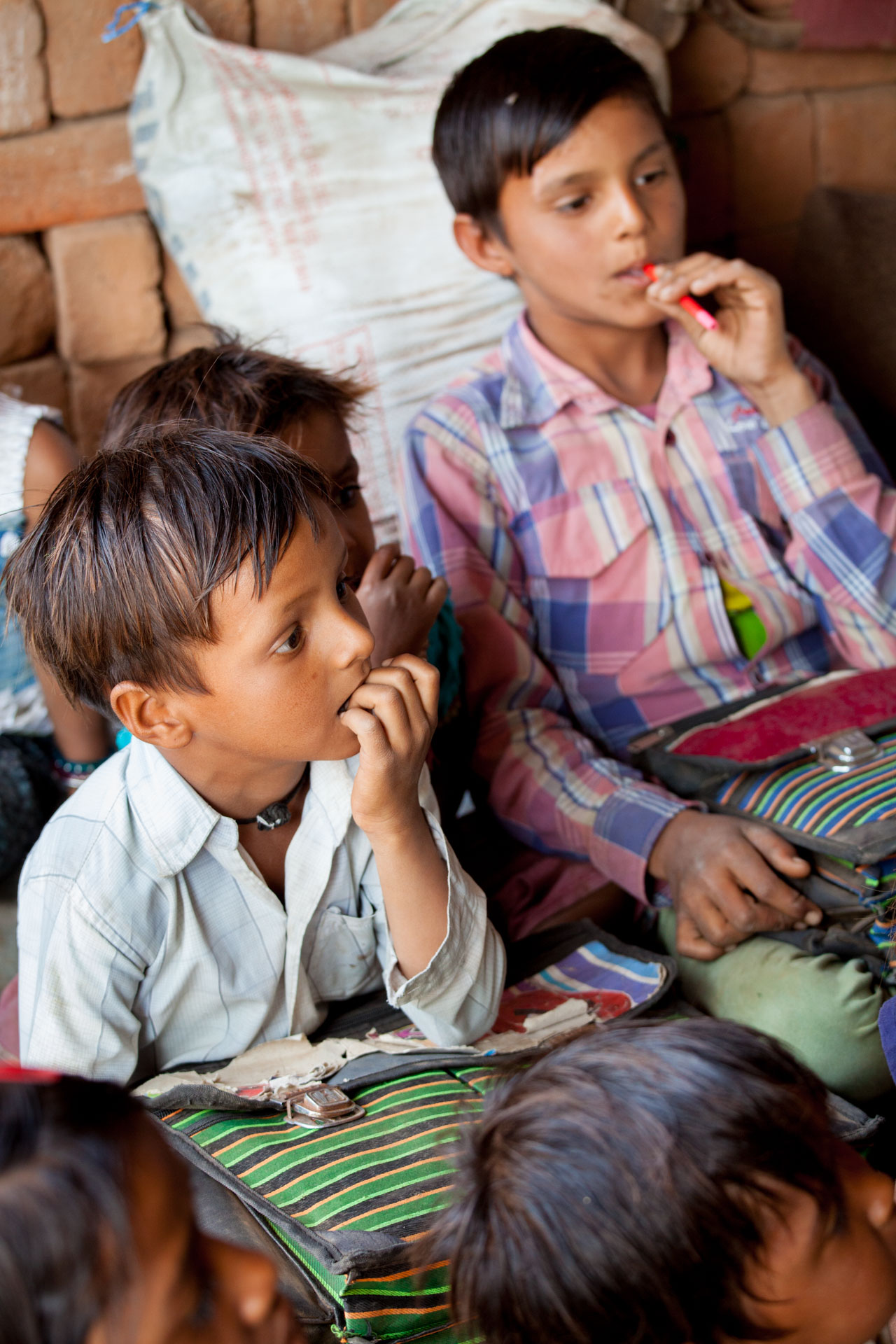 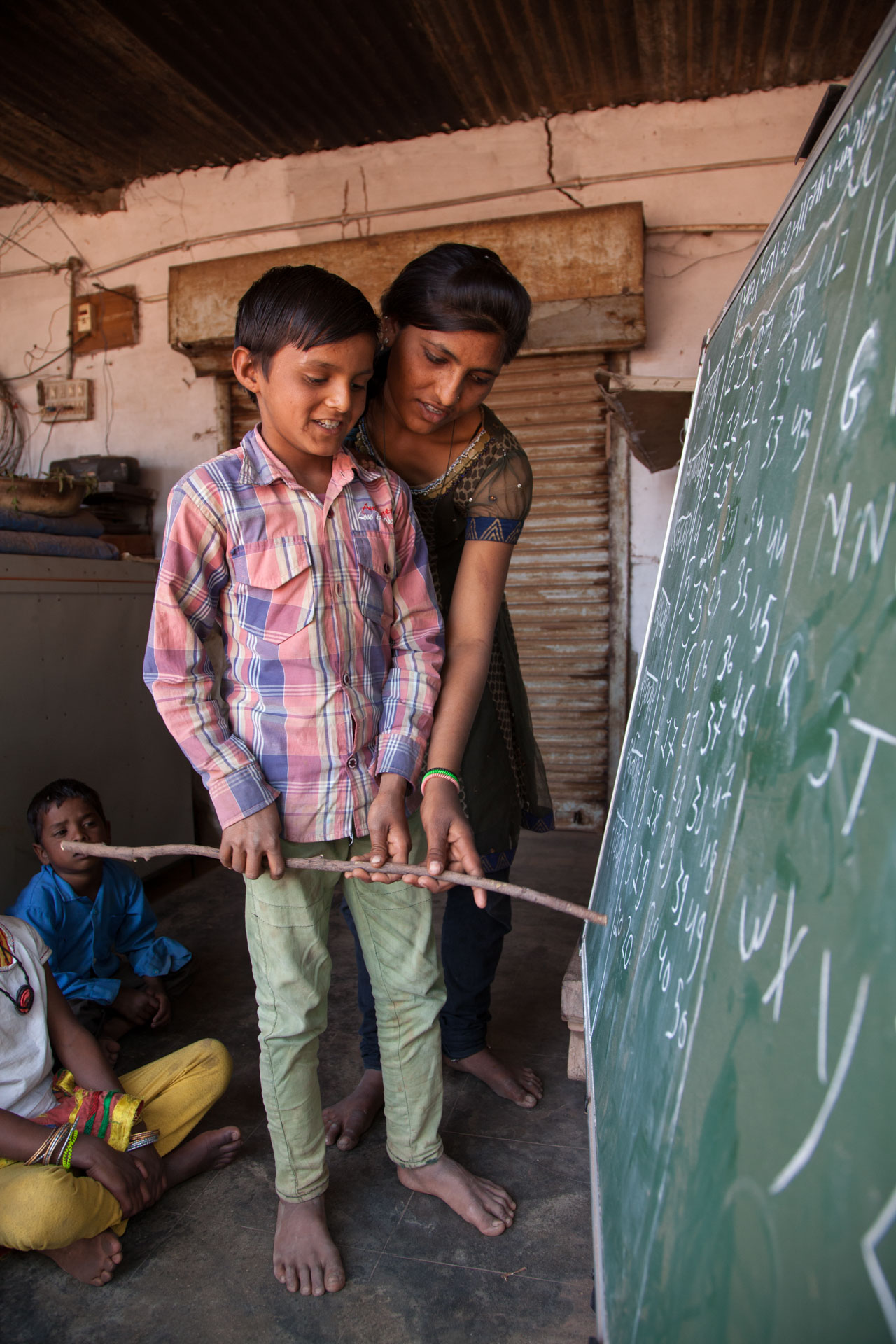 Their teacher, Shilpa, hopes their education will help the children get on in life and deal with money. But there’s no guarantee they will return to this kiln and school in the next brick-making season.

After school is over, Binal Ashok, a Donkey Sanctuary India Education Officer, entertains and educates the children with donkey and cow puppets. 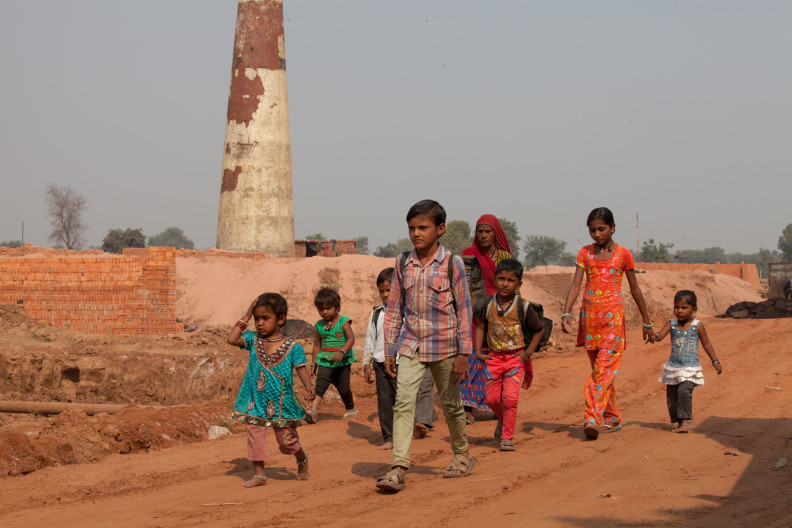 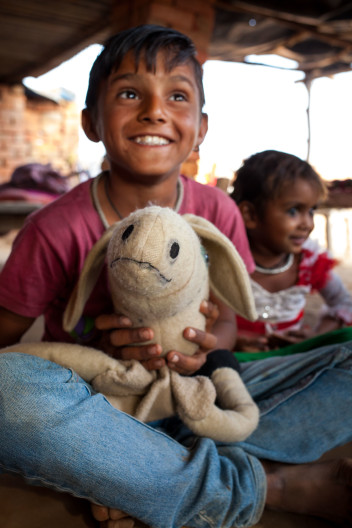 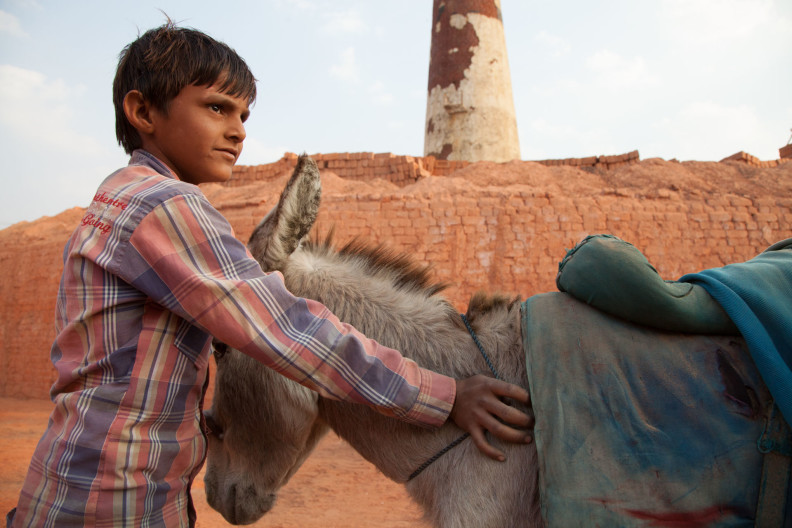 Her stories work well. The kiln has been given a ‘green’ rating by Donkey Sanctuary India. The beating and abuse common to so many kilns is rarely seen at MA Ambapur. The donkeys work swiftly and willingly, commanded only by clicks, rattles and gentle touching. The animals are in better condition, and the children here are noticeably less violent and brutalised than at many other kilns. 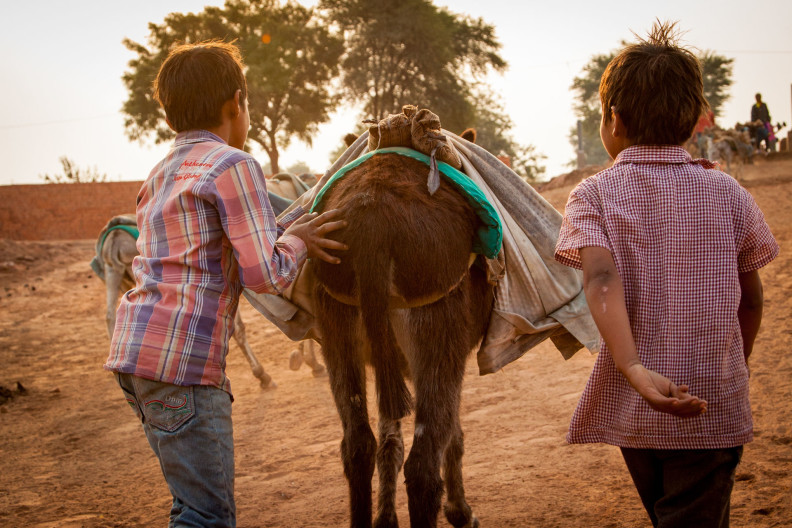 With thanks to Arjun and TDS India