Gurgaon, a city outside Delhi, India, is undergoing a boom in construction fuelled by the new Metro link and Delhi’s need for young professionals. Almost every brick in the country has been carried by donkeys during its manufacture. In Gurgaon they also work in lieu of cranes. 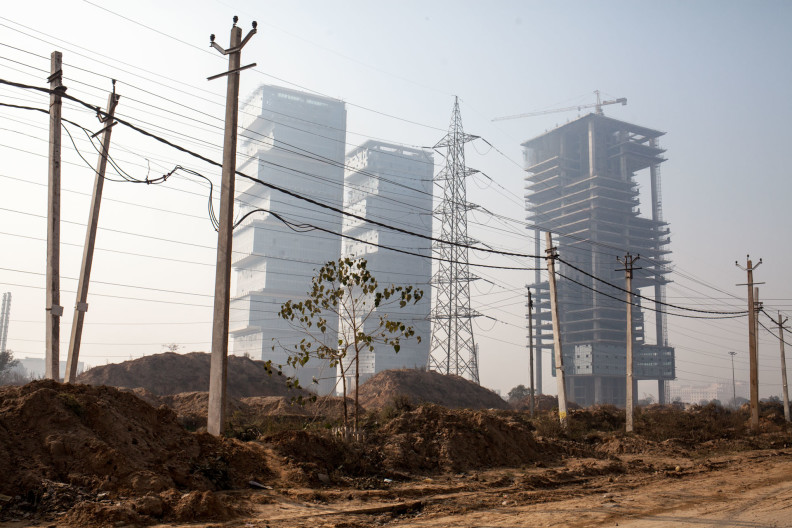 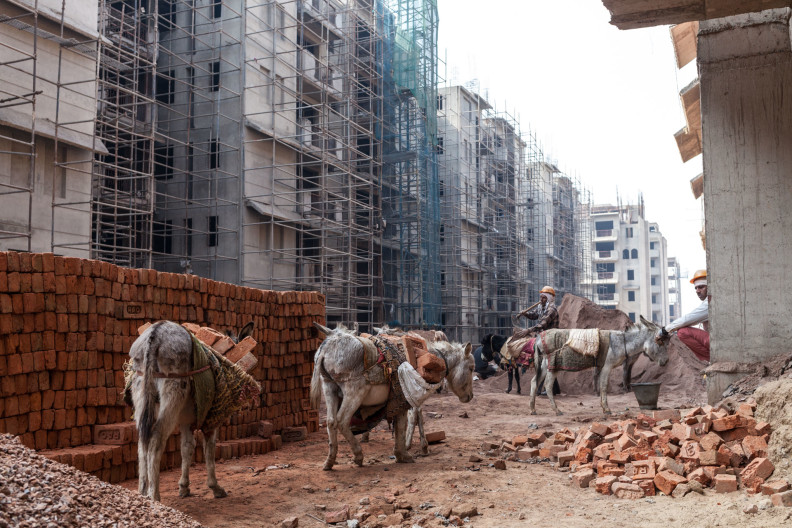 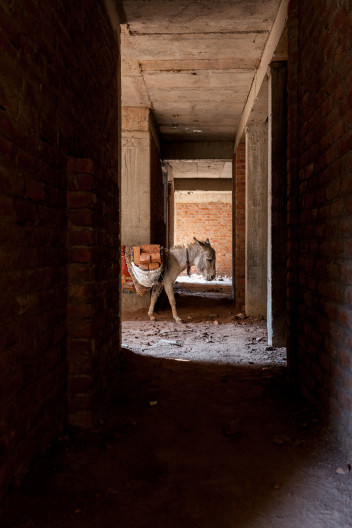 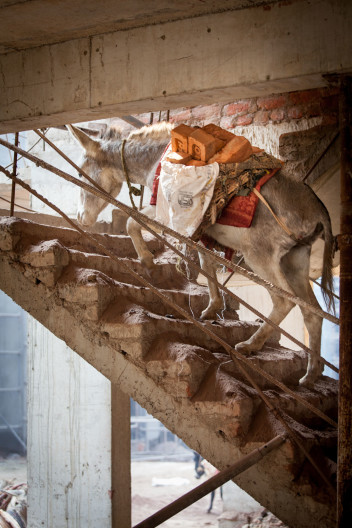 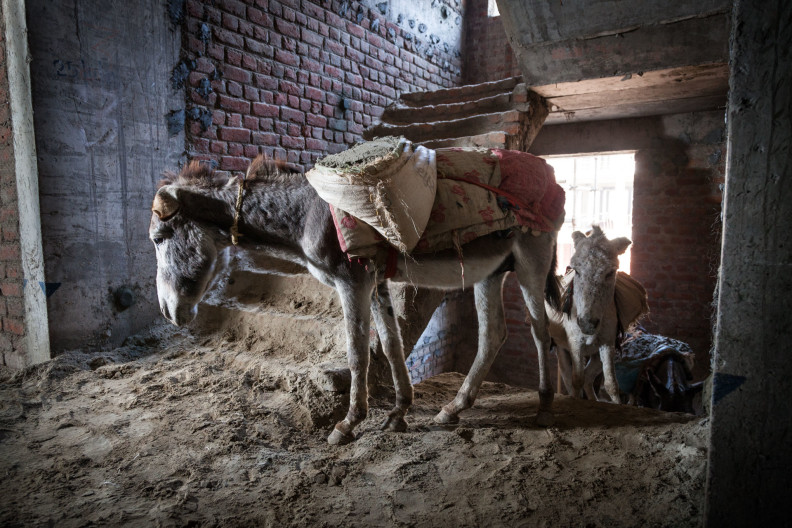 Unlike cranes the donkeys can deliver bricks and mortar directly to the working bricklayers. There’s something dreamlike about seeing donkeys high up inside buildings but they know the routine and ply up and down the half-built stairs with a little encouragement from the drivers.

Sudha (above) and her family are from Gonda village on the Bihar border – a 24 hour train journey away. There is no work for donkey drivers at home, but working as farm labourers they saved enough to come to Delhi and have acquired 14 donkeys over the last two and a half years. Each donkey costs 3 -10,000 Rupees depending on its condition.
The building contractor pays her family a flat rate of 150 Rupees per working donkey per day.
Working hours are 8.00am – 3.00pm after which the donkeys will be fed and allowed to socialise and groom each other. They eat channa, hay, pulses and jagari. Sudha says the feed for the 14 donkeys costs 6,000 Rupees per week.

Suchitra Gadad (below), a Donkey Sanctuary India Education Officer, conducts a welfare assessment at the building site. As well as examining the donkeys she also has to understand the lives of the donkey owners.
To do so she visits Sudha at her house after work.

Sudha’s family and their donkeys have lived on the building site for the last eight months but will have to move on when the work here is over. Tracking and maintaining ties with itinerant donkey owners is one of the main challenges for Donkey Sanctuary India.
Far from representing a dying rural world, donkeys and their owners are adapting to the rapidly changing landscape of the new urban India. 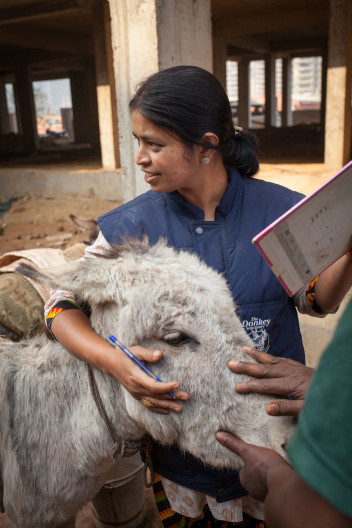 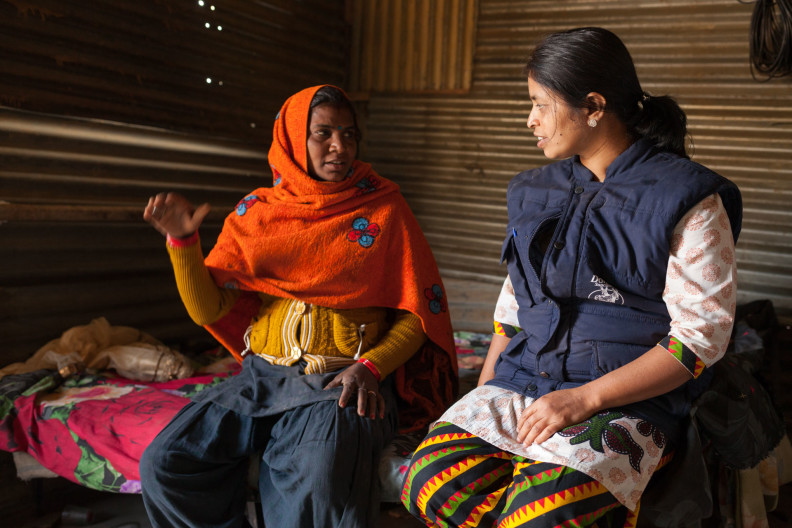 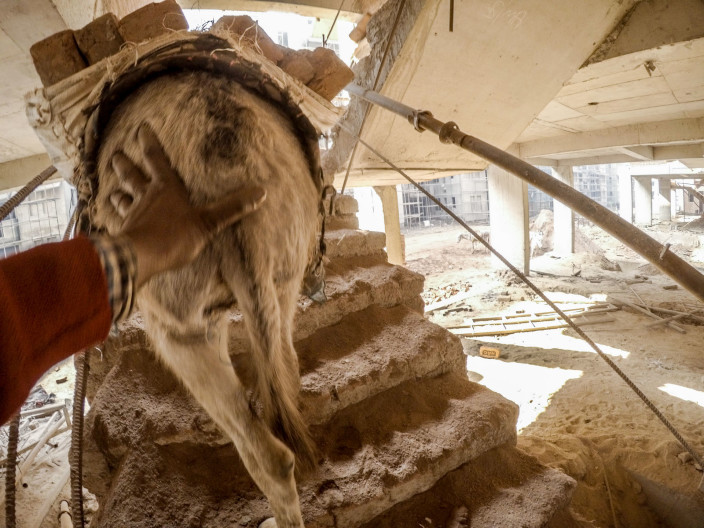 With thanks to Sudha, Santosh, Sonu and the donkey owners at BL Kashyap, and to TDS India